This year seems to be the year of the custom art bag for me;  So far in 2014 I've had a sewing part in three different art shows. (And I have a pattern of mine appearing in a fourth.)   Here's the highlights:

I had the pleasure of working with former Real Time and Spacer Joel Dean on a piece which involved a 3d printed model of Joel's head in super white neoprene bag.  It's on display right now in nyc.

I got a call early in the year from some folks at the Nanny Van, who needed some custom vinyl bags as the cherry on top of their super fine whip.  They were about to head out on their tour of the US stopping at museums, universities, etc to raise awareness about the domestic worker rights movement.

I helped make them some bags for the rear door panels and a tubular tool bag.  It was my first time making bags using auto upholstery style vinyl piping and the experience was so nice and smooth just like the vinyl.  All I have at the moment are some celly flicks but you get the idea.  The bags mount on the back door panels with magnets... pretty cool.

June was the 10 year anniversary of an art collective I used to be in: Rock Paper Scissors Collective.  I had a collabo in the art show part of the celebration.   It was an inflatable sculpture put together with my bud Ara Jo, who is currently still a member.  Unfortunately, I got so distracted talking to people I hadn't seen in years, that I forgot to take any pictures... but I do have one from the test inflation in my studio.

Lastly, I was part of the Real Time and Space portion of "Many Places at Once" at the Wattis Institute - there's a pattern of mine hanging up.  And I made an appearance in an amazing video play written and filmed by super talented Erin Jane Nelson.  A fun time was had by all... 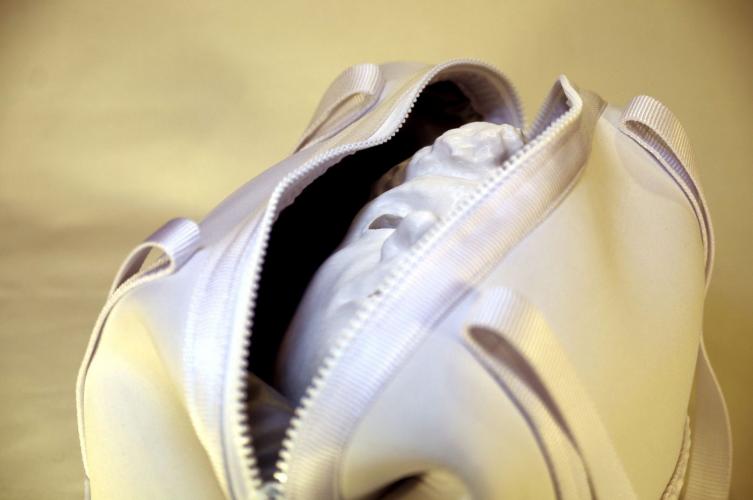 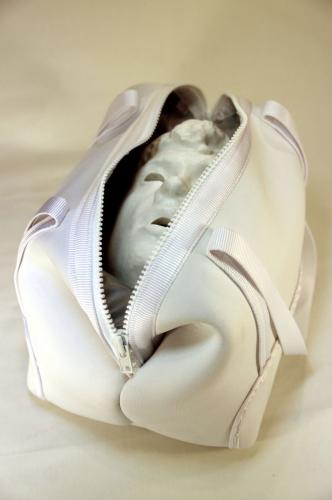 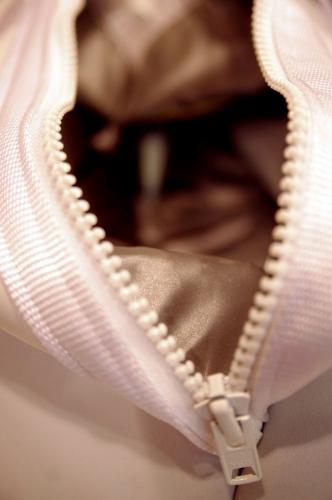 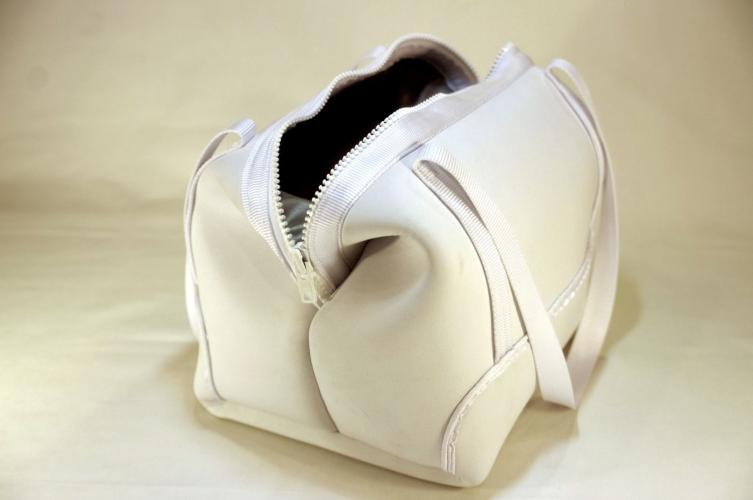 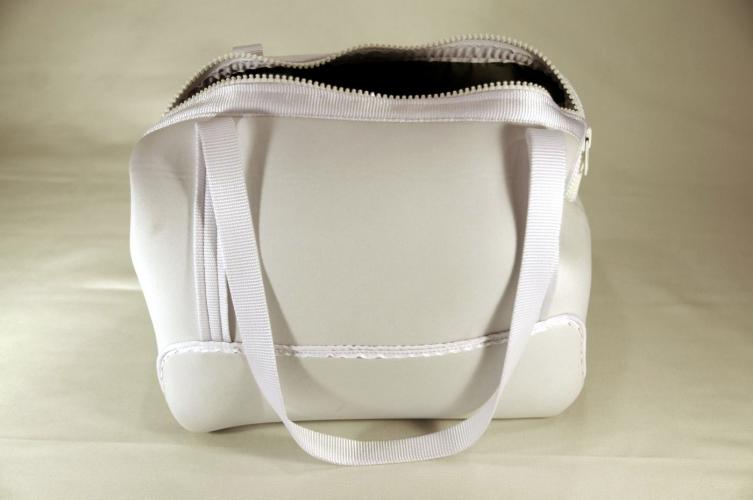 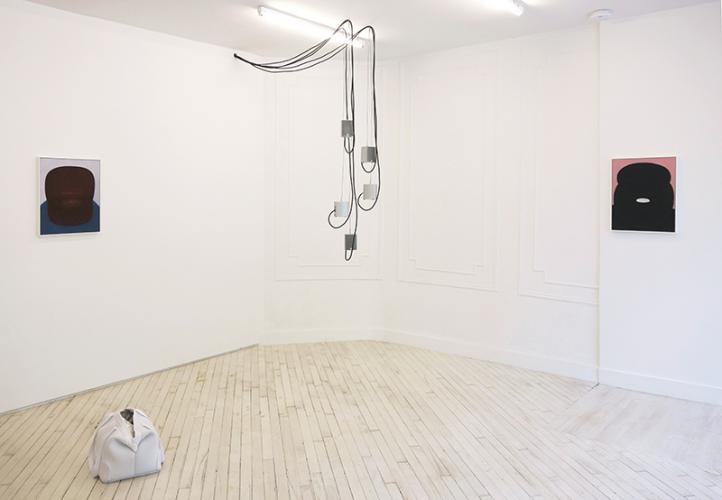 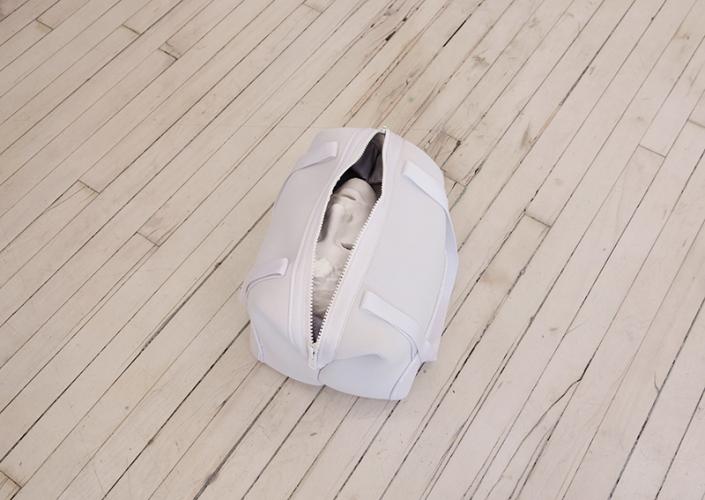 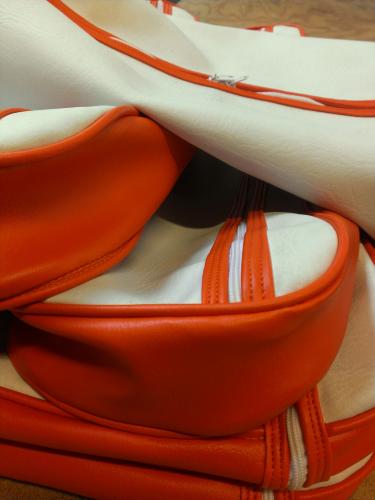 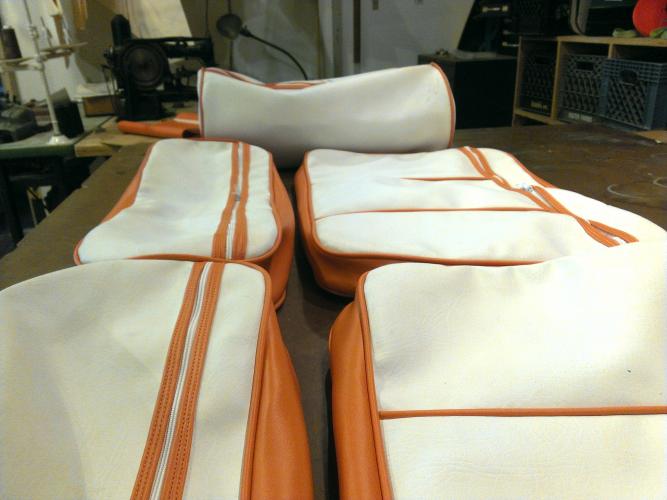 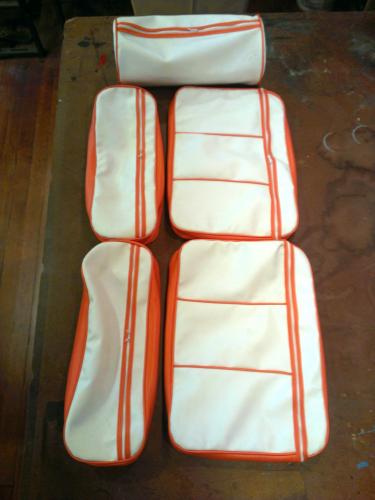 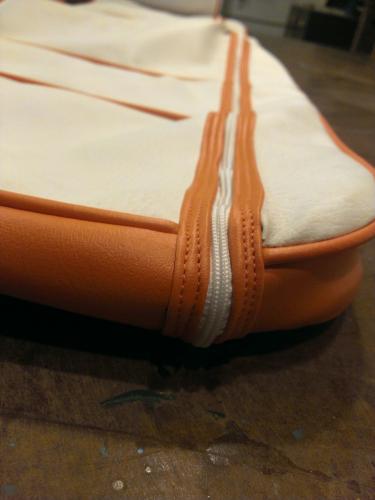 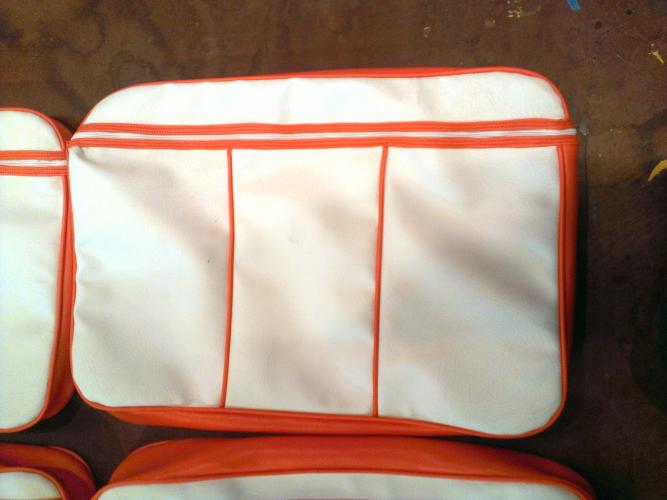 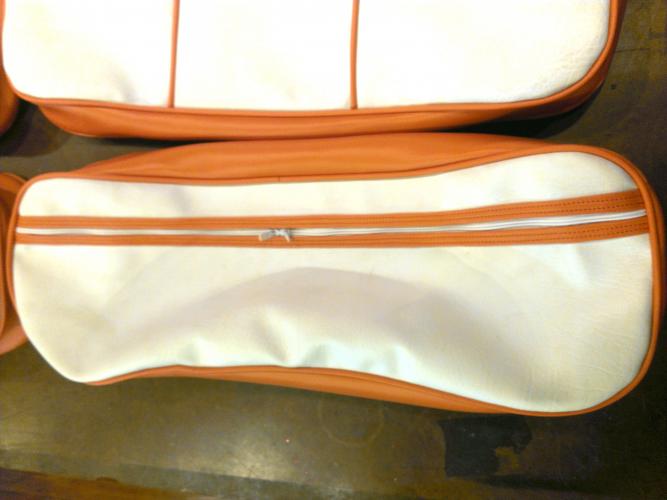 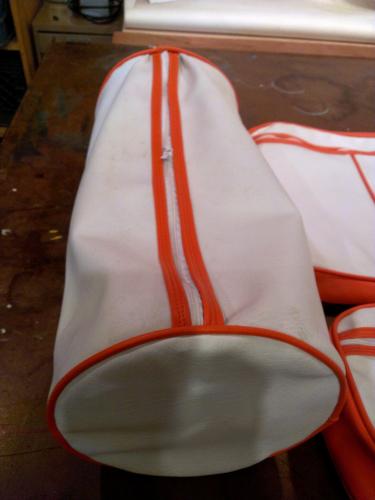 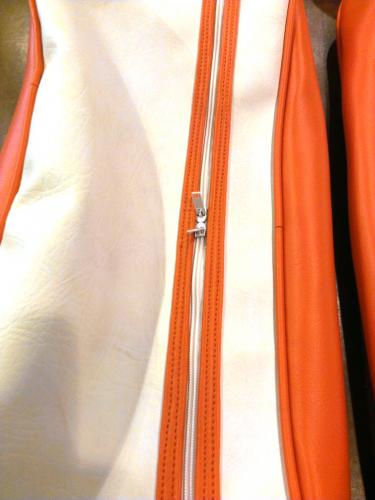