I'm working on a new porteur bag design. It's just about ready for a run but I thought I'd share some pics from the prototypes.

It's a simple tote made for porteur racks, attaches with webbing pulled through some sew-on patches.  D-rings for a shoulder strap: In these pics they're above the front and back pockets but they have subsequently moved to the side of the bag.

The bag you see modelled by Emma is the first prototype - I used cotton duck for that one and there's a bunch of extra hand holds that I've nixed as they did nothing useful.  The second iteration (which actually appears first in the picture gallery) uses waxed canvas.  This particular variety isn't as thick as I'd like but the color sure is pretty. 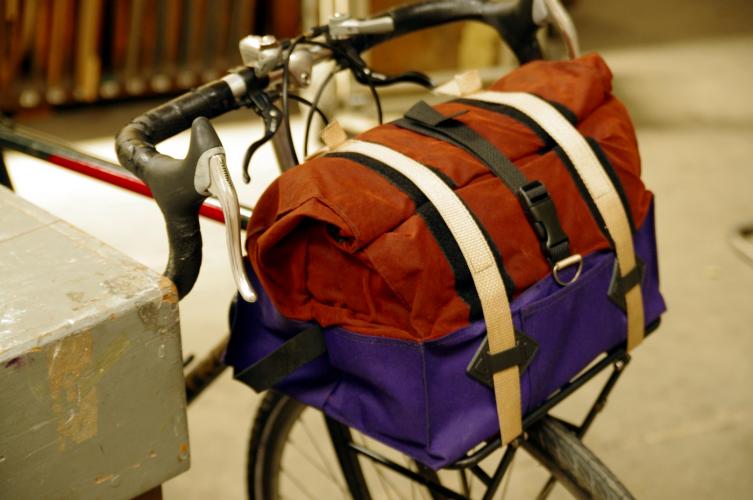 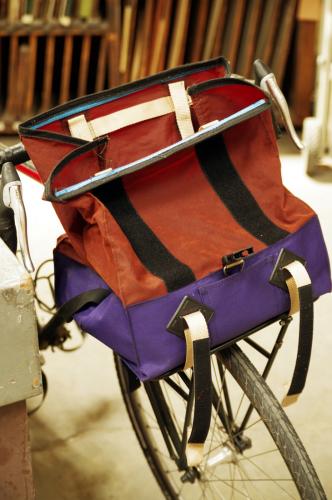 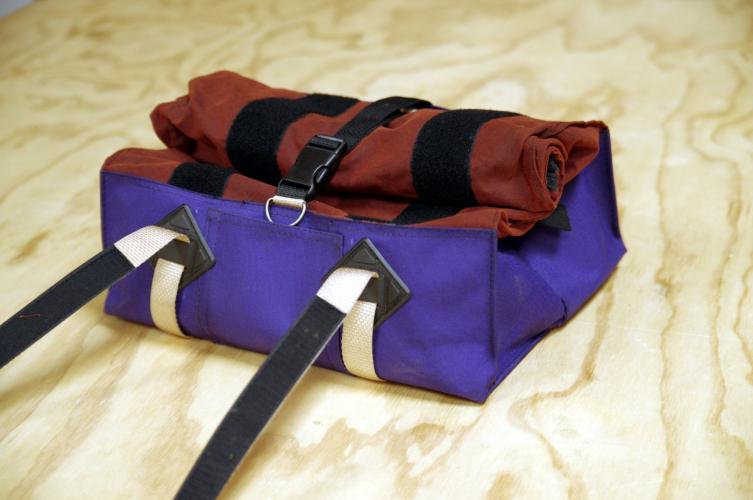 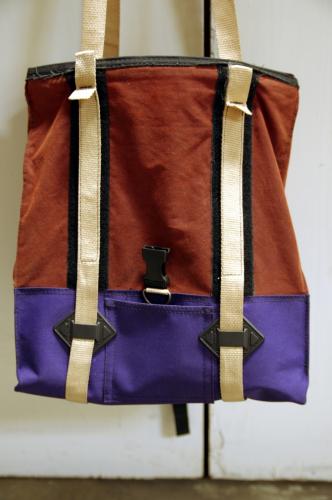 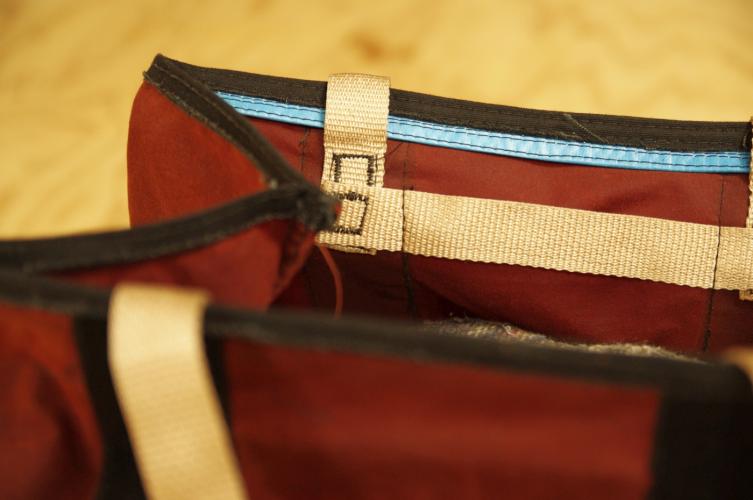 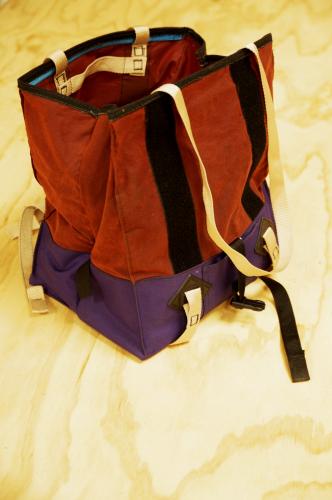 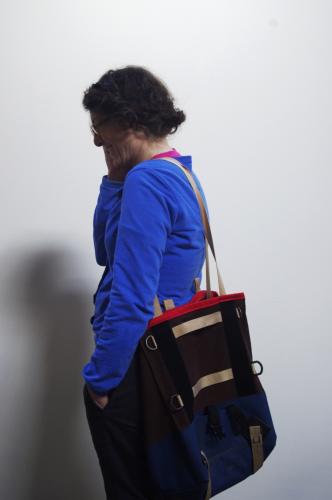 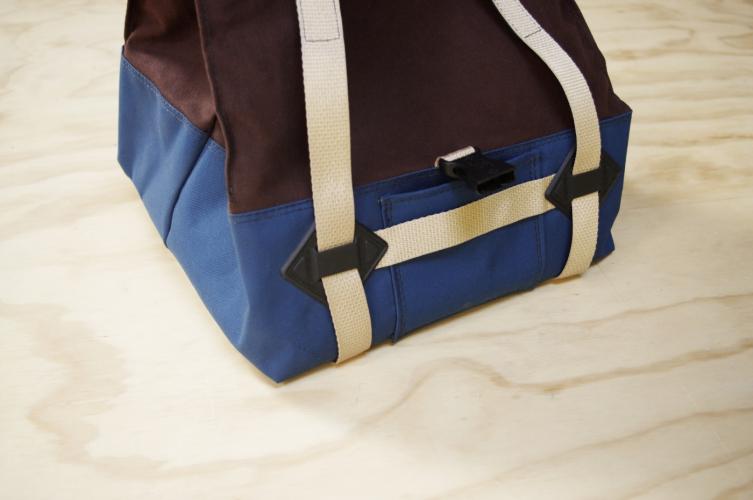 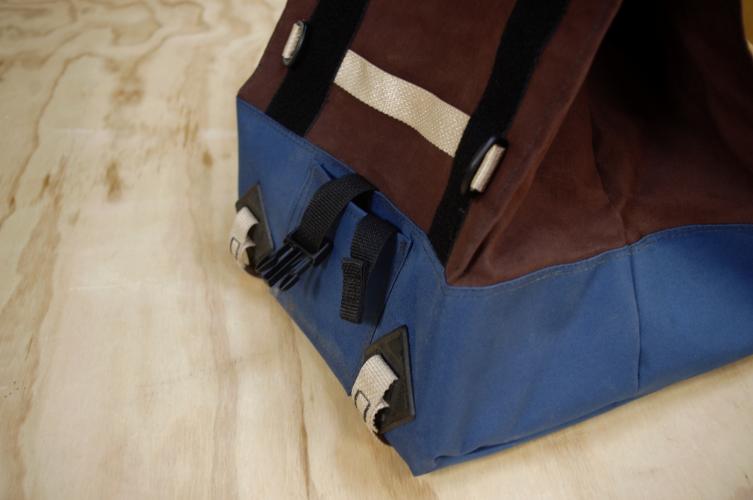 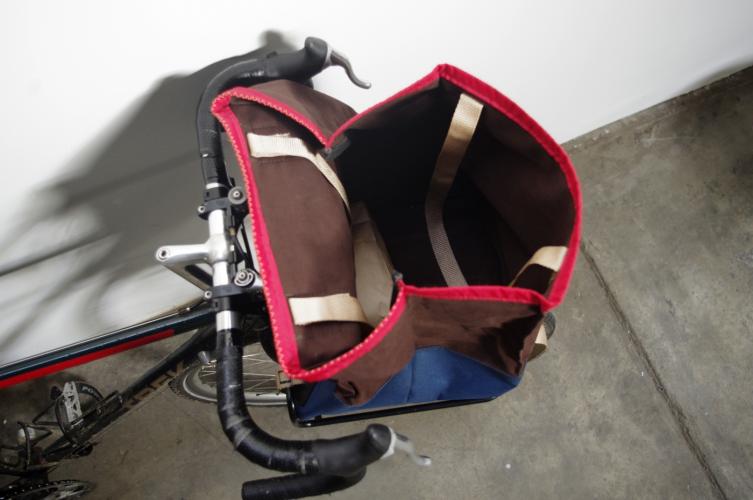 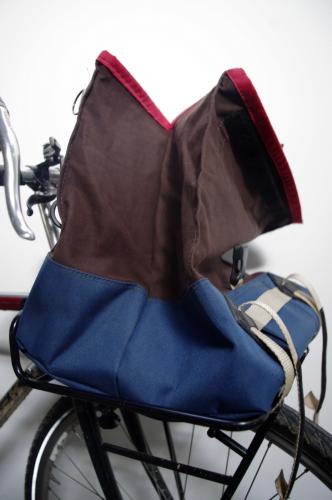